What are common misconceptions about the LGBT community .

There are many misconceptions about LGBT community all over the world. In a general view, if truth to be told then the only reason why there is so much hatred and violence towards LGBT community is that, there is a lot of misconceptions regarding their sexuality and identity. Their identity has become as such, that every six people out of ten would not acknowledge or accept them, the situation in which these people are in, its really very difficult to have a clear picture for them.

Homosexuality as a whole, is in such a surface that it has become one of the most talked topic in the world, as different people in the society have different misconceptions about homosexuality.

Let’s talk about the common misconceptions people have for the LGBT community.

One of the biggest misconceptions in India, are the gay stereotypes, that is gay people are supposed to look in a certain way, they should have a certain kind of body language and are considered flamboyant, as such misconceptions cause people to cringe and sometimes hurt their feelings, the oldest one is that, homosexuality is contagious, as most likely there would be an old man who molests a boy or a young man and this can turn the young one, gay that he would then do the same thing in turn, here we see that homosexuality is often considered as choice, also this idea implies that sometimes people from the LGBT community are considered pedophiles, it is said that LGBT community prey children although I’ve friends who love children and they equally love and care about children like other people do, it’s just that people have wrong notions in their heads.. Another misconceptions is that they are party freaks and are always into drugs and alcohol, they cannot live without sex, they find every men and women attractive, they are gossip queens, also they are more emotional than straight people, they do not believe in monogamous marriages, but in my note, I’ve friends and people from the LGBT community who are married despite their sense of identity of who they actually are. Other misconception is that, a straight girl certainly will have a gay best friend in her circle, as people have a common thinking that gay people are likely to be girly and love other girly stuffs, for them girly stuffs are, shopping, going to clubs and hanging around with their girl gangs. Some people think that people those who are homosexuals generally participate in all pride parades, they are considered very rebellious but number of homosexuals prefer staying back in their houses and have a good time with themselves. People comment and ask questions to gay people of why aren’t they so feminine and don’t act “gayish” sometimes, as for people’s kind information it ain’t necessary to act or be gay to prove that the individual is gay.

Lesbians are often judged regarding their looks and the way they dress up, for many people the idea of being lesbian implies that they should be little boyish in nature and at-least have a secret crush on somebody (weird isn’t it?)

Another common misconceptions is that they want to be the other gender, as this cannot be more wrong, just because gay men like men doesn’t mean that they want to be a woman. I guess that this thought might have crossed their minds when they were much younger but I believe most of them are pretty happy to be a man, but yes there are people who like girly stuffs but that doesn’t give anyone right to dictate gender stereotypes, about what one gender can or cannot do and not talk about people’s sexuality at all.

As an informed and a responsible individual we should always make sure to talk and acknowledge facts in such a way that we would not hurt anyone’s feelings and sentiments, I’m sure that these misconceptions are going to be eradicated very soon only if we can take an initiative of not being tolerant towards thing that demean anyone’s emotions and identity. 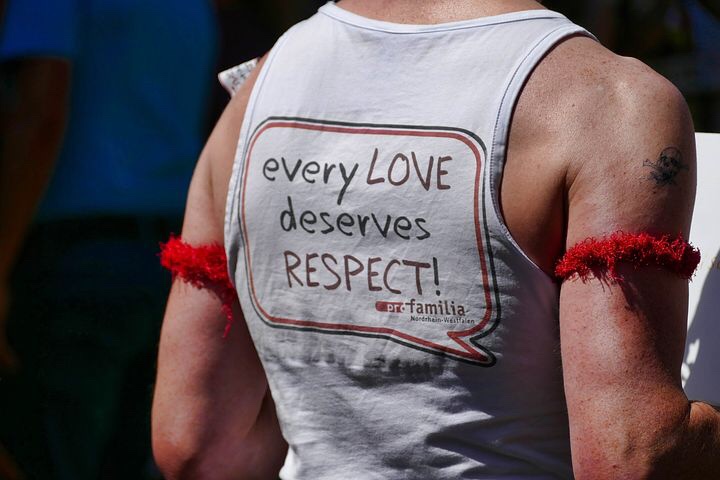