5 Indian Celebrities that are Members of the LGBT Community 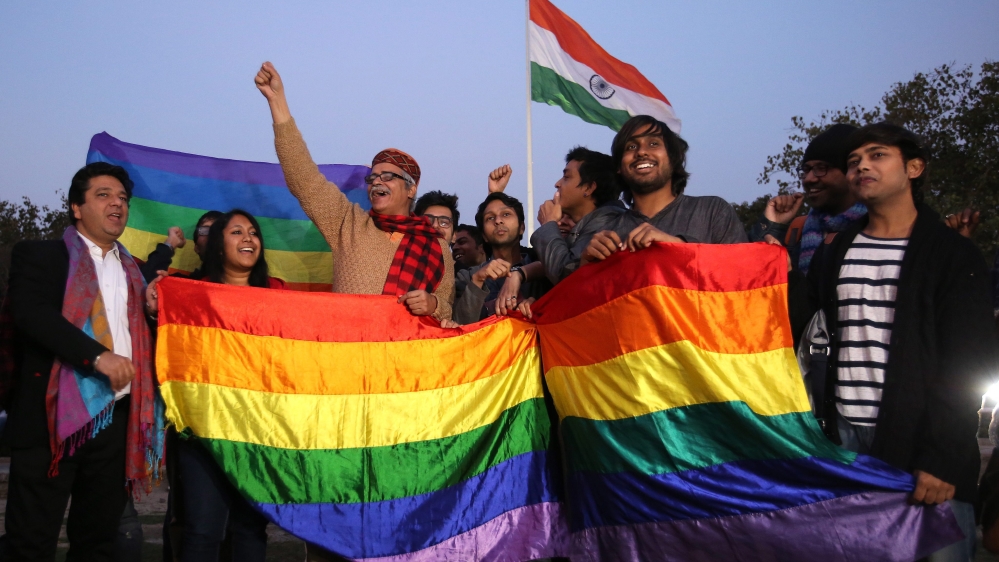 Vasu Primlani
A lesbian stand-up comedian who is very open about her sexuality. She is known for addressing various issues such as rape, human rights, and she is an active member of the LGBT community.

Vasu Primlani said in an interview “It’s a great step in the right direction, the largest question, I think, before India is not just in terms of legalising homosexuality bisexuality or the transgender community, it is social acceptance There’s a great difference between these two things. We look forward to the day when lesbians move from being a fantasy to being respected as individuals and for the work they do and for human rights.”

Sushant Divgikar
He is an amazing model who won Mr Gay World India in 2014, he’s a TV host and performer. Back in 2014, he took part in India’s most popular reality TV show called Bigg Boss 8.

Sushant posted on his Twitter; “Thanks to the Honourable Supreme Court! I’m so so happy and proud! All these years of fighting for our rights to be equal citizens. I feel like a lot of other people can come out of the closet and celebrate.”

Parvez Sharma
An Indian filmmaker and journalist based in New York. He is an active member of the LGBT community. A gay rights activist in his work over the years. Popularly known for his outstanding movie in 2008. A Jihad for Love ~ He has been recognised by LGBT+ rights communities across the world, he won a GLAAD Media Award for Outstanding Documentary in 2009.

Sharma posted on Instagram; “The still questionable #incredible India has decriminalized #homosexuality. I came out at 19; first openly gay journalist on tv; given courage by warriors preceding me.”

Shonali Bose
A bisexual writer, film director and producer who is known for her movies including Margarita with a Straw in 2015 and Amu in 2005.

She won numerous awards for her beautiful work including a National Film Award, a Bridgestone Narrative Award and a Sundance Mahindra Global Filmmaker Award.

Bobby Darling
A transgender Indian actress and reality show participant. Coming out as transgender at a young age, she ran into problems with her family due to her sexual orientation. She said in an interview that her appearance on the reality show Sacch Ka Saamna, the Indian version of the popular American show (The Moment of Truth), helped reunite her with her father. The two were brought together on the show when her dad was the special surprise guest. Bobby has appeared in films such as Kya Kool Hai Hum and the very popular reality TV show Bigg Boss. Before transitioning she appeared in the Limca Book of Records for doing 18 roles as a gay man by the age of 23.