Story of Jazz Jennings: how she has grown into her womanhood. 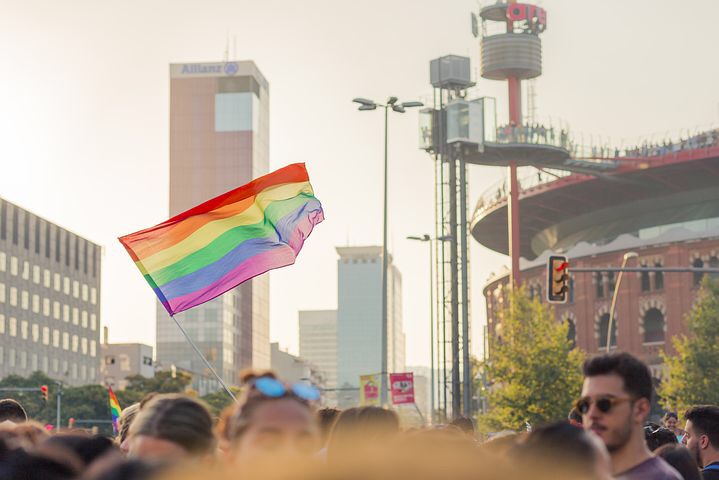 Being who you originally are, is something really important to every human in the world. Here we present you with a story of a young trans woman who has really struggled in her life and have eventually won her battles. We are talking about the American YouTube personality, spokesmodel, television personality and LGBT rights activist Jazz Jennings as she is the youngest person to become a national transgender person.
She received the national attention in 2007 when an interview with Barbara walters aired on 20/20, which led to other high profile interviews and appearances.
Jazz Jennings in an interview said, that “Throughout my life people have invalidated my identity and told me that I am not a woman, but I completely feel like I represent all of the qualities of feminity”.
Jazz Jennings said that during her childhood she used to dress up like a girl, play with different toys and make up even though she was identified as a boy, no one knew that she was a transgender but still she knew that she was a girl in her heart. When She was young, she couldn’t even verbalise words, but she knew she just liked girly things but once when she was three years old her parents took her to a specialist and then she was diagnosed with what’s now called gender dysphoria and that was the first time when her parents heard the word transgender and it was major turning point in her life because they realised that her identity was valid as a girl and that even though they had never heard of this before at such a young age and all that they could do was embrace and support her, in order to make Jazz happy. She said that “with the love and support of my family I was able to be my authentic self”.
So many transgender individuals don’t have the support and love of their families but Jazz Jennings family serves to be a positive example of how it should be, this is how a family should support their children, embracing and loving them for who they are no matter what.
One of her biggest tuning point of her life was her fifth birthday party where she was allowed to wear a rainbow sparkly bathing suit in front of all her friends and their parents and that was the first time she got to wear her girly outfit in front of all these people who had known her as a boy but now everyone is seeing that she was really a girl.
Growing up in the public eye has completely transformed her life, she tells that she wouldn’t have been there if she didn’t live her life to the fullest for being who she is.
Jazz Jennings feels incredible happy to be able to share her story and help so many people knowing that just being your true self you could have such an impact on other individuals and changing their life even though it’s hard sometimes growing up in a public eye but what makes it different is being who you are and showing what the truth within you is.
Jazz thinks that making a difference in someone’s life by just helping them and thinking that she could change and even save lives of many people makes her happy and content.
One incident on her life happened to be just like this, where she gets a message from an anonymous person who said that they were contemplating suicide and they were about to do that and they they thought about her family and her story and they believed in jazz’s story and realised that there are good people in this world who are trying to create change and that life is worth living.