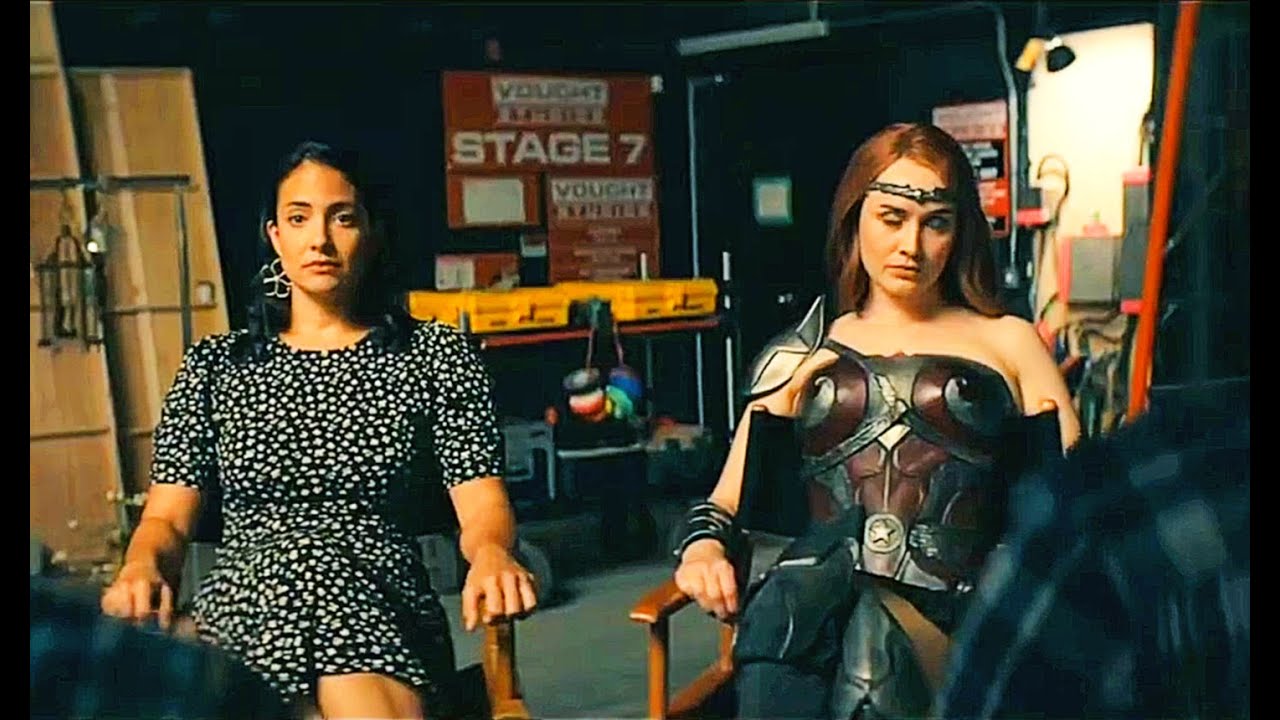 I don’t know what brought you here – the mention of Queen Maeve or if she’s lesbian, but I am pretty sure you have watched the extremely popular web series on Amazon Prime “The Boys”. It’s a pretty fucked up superhero show that features some gritty moments, lots of gore, and extremely badass acting.

I, personally, love the show – more because of Butcher’s nearly flawless acting and the personality that Queen Maeve exhibits.

And why lie! I was so hooked to Queen Maeve’s intro scene that I actually decided to give the “The Boys” a try. The scene where she crashes herself into the bus. For real, I mean. That’s how the tryst started.

Second season into the show, we learn that Queen Maeve is gay. She has a beautiful partner, named Elena.

No one saw this coming. Queen Maeve is the perfect embodiment of strength and valor, along with compassion that we see in the show from time to time. She saves kids (even though Homelander takes the credit). She’s probably the most understanding and gellable person in the team of “supes”.

And, hey, she just declared she’d take on the superpowerful Homelander.

I have my fingers crossed what’s going to happen next. Whichever side things turn, More Power to Queen Maeve!

Lesbian to the core. Please take your time before sending an add request.