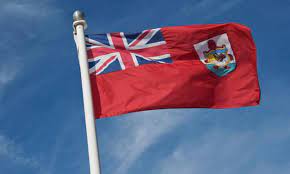 The LGBTQIA+ community has faced many challenges in the past, one of which is restrictions on same-sex marriage. However, in recent times, various states and countries are seen amending constitutions to accommodate the needs of the community and address such discriminatory issues. In this same vein, many countries around the world are yet to legalize same-sex marriage and implement laws that protect any community for LGBTQIA+ members.

One such place in Bermuda. On Monday 14th of February, 2022, a London tribunal ruled that the 2018 Bermuda law bans same-sex marriage in the territory is constitutional. This is a deviation from the norm of legalization of gay marriages in the West.

In 2018, the top court in Bermuda ruled that the 2018 Domestic Partnership Act, which allows same-sex couples to form a partnership but prevents them from getting married, violates the constitutional freedom of conscience. This simply means that people of same-sex relationships are allowed to be partners and openly gay, but cannot get married in Bermuda.

This law put a possible strain on the LGBTQIA+ community where members are not allowed to fulfill their dreams of being married. The highest court of appeal for British territories, the London Privy Council, also ruled that the constitution does not require the state to recognize same-sex marriages while responding to an appeal by the Bermuda government. It leaves the members of the LGBTQIA+ communities in Bermuda with few options where marriage and forming a long-term union are concerned. Gay couples would have to go out of the state or relocate completely to get married.

In these times, one can only wonder if this law makes Bermuda a safe space for LGBTQIA+ individuals living in the territory. The prevention of same-sex marriage also prevents the adoption of children by gay couples in the future. The repercussion of this constitutional law will have a ripple effect in society, putting gay members of society at a bigger disadvantage.