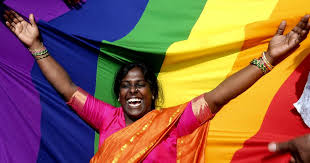 Conversion therapy is something that has been done to queer people and members of the LGBTQIA+ community in a bid to try and change their sexual orientation or gender. This involves the illegal medical practice of subjecting queer people to certain conditions in order to convert their sexuality to what it originally was from birth. The question remains, can people really be cured of such things?

The act of conversion therapy has been deemed as professional misconduct and malpractice on the part of medical professionals. The National Medical Commission has made much of this clear to the Madras High Court.

The court recently has been hearing the case of a lesbian couple who are seeking protection from police harassment in Chennai. The High Court bench of Justice A Venkatesh has recently passed a judgment that included the submission of the medical council, and also published a Tamil glossary of LGBTQIA+ terms made available by the community.

An important recommendation made by an expert committee on conversion therapy which regraded the act as professional misconduct was highlighted by the High Court. The NMC has posited that actions need to be taken against medical professionals who prescribe or carry out such illegal practices. According to the High Court, “the National Medical Council, on the basis of the recommendation made by the expert committee, through their communication dated 15.02.2022, has specifically directed the National Medical Council- Ethics and Medical Registration Board to take action wherever such conversion therapies are undertaken by any medical professional.”

The report by the High Court, also makes it clear that the State Medical Council can take disciplinary action where it can against the medical professional who practices such misconduct, taking into consideration the recommendations of the expert committee and proceeding to take due action against the concerned medical professional. The National Medical Council shall be made to comply with this directive within a period of four weeks.

With the recent hearing of this case, the Tamil Nadu government introduced an amendment that makes the harassment of LGBTQIA+ persons by the state police punishable by law. The state government also amended the Tamil Nadu Subordinate Police Officers’  Conduct Rules 1964 to include a new rule – 24C – which states that police officers must not harass LGBTQIA+ persons and the people working for the wellbeing of the members of the community. This law and reports are made to provide the community for LGBTQ+ with a safe space to live their lives without fear of harassment or being subjected to illegal medical practices.