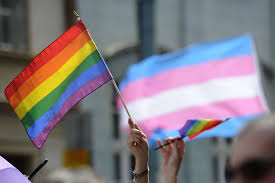 The Florida Senate passed the bill aimed at controlling classroom discussions related to sexual orientation and gender identity in primary schools in the state. The governor, Ron DeSantis has signaled that he would sign the bill prohibiting these discussions. The bill has been received with wide criticism and has been dubbed the “Don’t Say Gay” by its critics.

According to a Democrat, Sen. Annette Taddeo, “this is going to endanger the safety of our LGBTQ students and adolescents.” He also said that “we will not stop until this state moves forward and actually vale’s everyone in it, everyone no matters their sexual orientation.”

The new bill also comes from the Parental Rights in Education bill which passed legislative bodies along party lines, putting students in the line of exchange. This series of laws have gotten the attention of large media houses, celebrities, and even the White House.

Critics of the bill have said it is aimed at targeting the community for LGBTQ members, while its supporters have said the bill allows parents to have control over their children’s education. “This bill says parent’s right to raise your children does not end when they walk into a classroom. This bill recognizes that parents are not the enemy” said Republican Senator Danny Burgess. He also added that “The bill simply says that there should be an age limit on certain discussions, it’s not a new concept, nor is it radical.” The bill passed a 22-17 vote at the beginning of the month.

The measures in the bill ban “classroom instruction by school personnel or third parties on sexual orientation or gender identity” in kindergarten through third grade. It also prohibits such teaching “in a manner that is not age-appropriate or developmentally appropriate for students,” which according to critics may be extended to all grade levels. In the recent wake of the bill, the CEO of Disney, Bob Chapek had also come under heavy fire and criticism for not initially speaking up against the bill.

This is due to the fact that the company has been known to make numerous donations to the Florida state in the past, and not speak so much on some of the legislatures passed. In response to this, Disney workers stage a walkout protest against the bill as a show of solidarity for the LGBTQ community.

Celebrities like Gabrielle Union have described the bill as disappointing. At the premiere of the remake of the movie “Cheaper By The Dozen” Gabrielle Union criticized the response of the company to the bill. Union said at the premier in a brief interview “Somebody asked me, ‘Are you disappointed?’ I’m disappointed when my order isn’t right at In-N-Out. I don’t even think that’s a word that you could use for something like this, where children’s lives are literally hanging in the balance.” She also added that “We need to own that if you truly are taking stands against hate and oppression, you should not fund hate and oppression. Period. The damage is done.” The sentiment also stems from when Union’s stepdaughter Zaya Wade came out as trans in 2020. Other notable celebrities such as sawn Mendez, Ariana Grande, Lizzo, amongst others have voiced their objections to the bill.